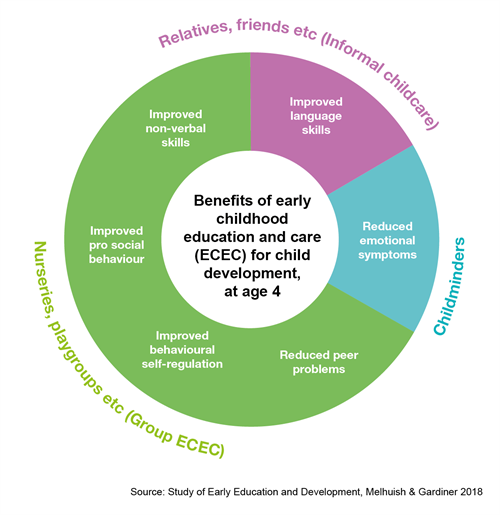 This report presents findings for a sample of 3,930 families who took part in the Study of Early Education and Development (SEED) longitudinal study. Parent interviews at ages two, three and four asked questions about early childhood education and care (ECEC) attended and characteristics of the home environment. Child development at age four was assessed through parent reported socio-emotional development and direct assessments of cognitive development. ECEC quality was measured through observations carried out in 1,000 settings attended by a subsample of children in the study. This report explores whether child development at age four is associated with: